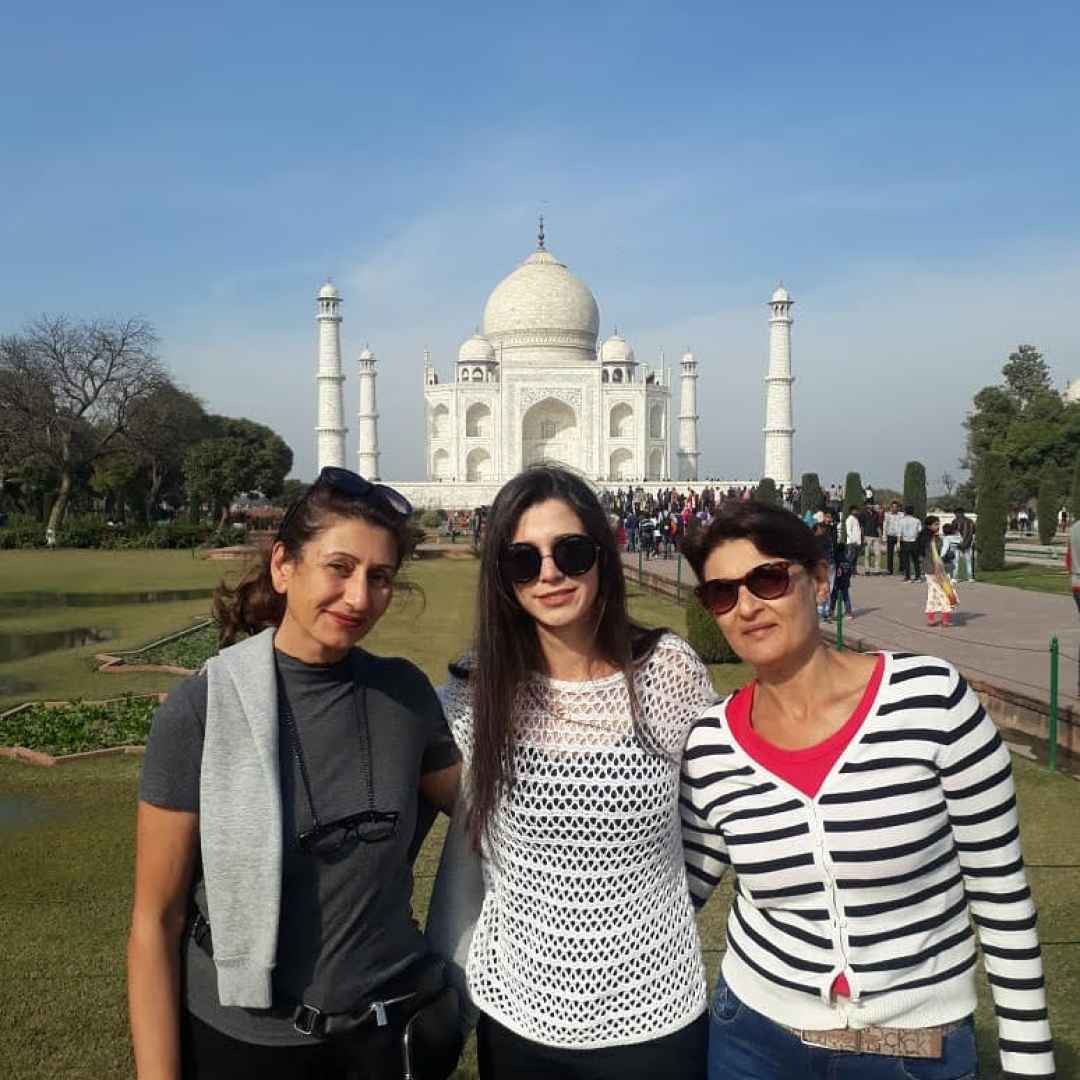 Upon arrival in Agra, our Tour Guide will meet you on way then start your tour visit the Taj Mahal. It's mean “Crown of the palaces”.

The construction of the Taj Mahal started in 1643 A.D. and was completed in 1653 A.D.You cannot think of Agra without visiting the Taj Mahal. Taj Mahal is made of white marble. It was constructed by Shah Jahan in memory of his beloved wife, Mumtaz Mahal. The monument stands as proof of the brilliance of Mughal architecture. It has been declared as World Heritage Site in the year 1983 A.D. After that back to the hotel and have your breakfast and check out. And start your city tour. Visit Agra Fort: Agra Fort is a historical fort. It was started built-in 1565 A.D.and it was completed in 1573 A.D. It is also a UNESCO site in 1983 A.D. The 16th-century monument is yet another proof of the architectural brilliance of the Mughals. The fortress comprises many palaces namely, Jahangir Palace, Khas Mahal Diwan E Am. There are public audience halls and two mosques. Visit Itmad-ud-Daulah:-

It is also known as “Baby Taj”.The tomb was built by Nur Jahan the wife of Jahangir in the memory of her father. In India, it is the first tomb to be made completely out of white marble. It was constructed during Jahangir’s period. The 21-meter high tomb was constructed in memory of Mirza Ghiyas, who was the father-in-law of Jahangir.

NOT- ON EVERY FRIDAY TAJ MAHAL REMAIN CLOSED