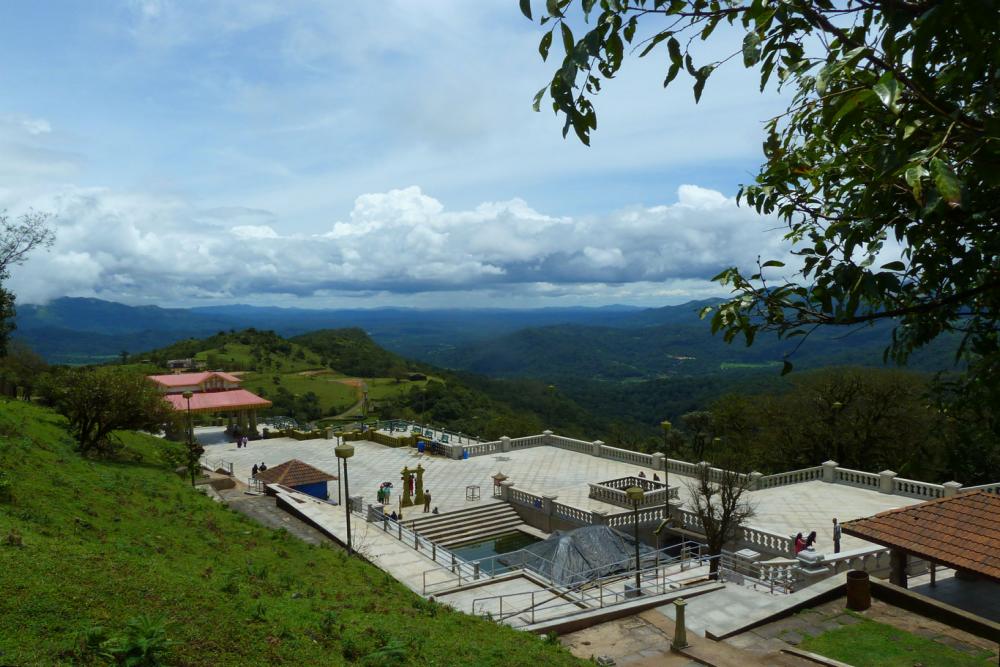 Talakaveri or "Talacauvery" is the place which is considered to be the source of the Cauvery River. Talacauvery is the most important Goddess for the people of Kodagu or Coorg and worshipped by one and all. It is located by the Brahmagiri hills and is considered generally to be the source of river Cauvery. It is located in the Brahmagiri hill near Bhagamandala in Kodagu District, Karnataka. Talacauvery is at an altitude of around 1276 meters above sea level, the spot can be reached by a 2 km journey from Bhagamandala up the Ghats. Talakaveri is famed as a mountain region with the original source of famous river Cauvery and hence the name Tala-Cauvery

the temple here is dedicated to Lord Agastheeswara, which denotes the link between Kavery and Sage Agasthya. It is also marked by a small temple, and the area is frequented by pilgrims. There are 2 temples, a Shiva temple and with a rare and ancient Shiva Linga, and another temple dedicated to Lord Ganesha. This temple has a holy Ashwantha tree where, according to legend, the Trimurtis - Brahma, Vishnu, and Mahesh gave darshan to sage Agasthya. Kaveri River originates as a spring feeding the tank called the holy Kundike , which is considered to be a holy place to bathe on special days.

Explore nearby Attractions around Talakaveri